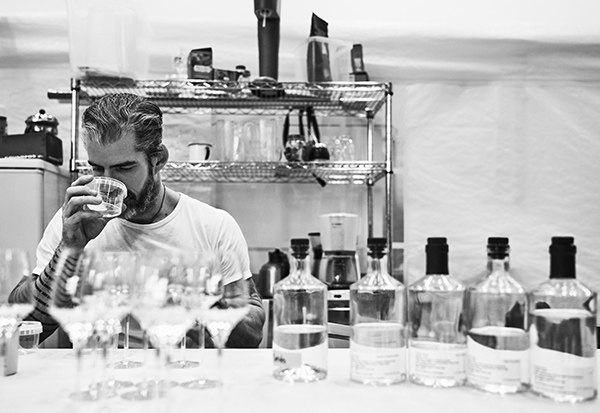 Starting out in a 10m2 kitchen in Copenhagen’s Meatpacking district, two noma alumni, Lars Williams (former head of Research and Development) and Mark Emil Hermansen (MAD Symposium), took a chef’s approach to flavour and found its ideal vessel in spirits: alcohol and flavour molecules bond in a particular way that leads to endless possibilities.

Combining Eastern and Western technique, they begin with a base made from koji-fermented barley. They build their own stills which use a vacuum method, allowing them to distill at temperatures as low as 5 degrees without compromising any of the flavour traditional distillation at higher temperatures might lose. In case it wasn’t clear, Empirical is a flavour company.

With no need to adhere to tradition, Empirical can traverse the world using ingredients as their guide: whether that be pasilla chilis from the mountains outside of Oaxaca, Mexico or harvesting much closer-to-home fig leaves on Bornholm, an island near Copenhagen. The spirits they create upend conventional categories, instead they endeavour to capture a specific time and place.